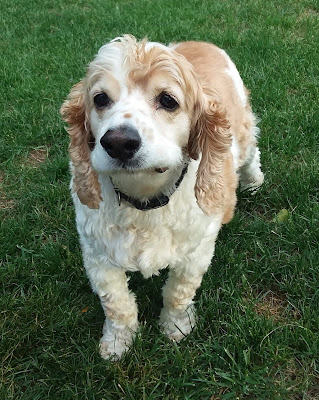 I'm going to say up-front that today I will be talking about spiders and other creepy crawlies. Long time readers will know that I live with a family of science geeks who think spiders and bugs are really interesting and not frightening at all. In fact, my Joanna human once had a terrarium that was home to a millipede! She would feed it dead leaves. 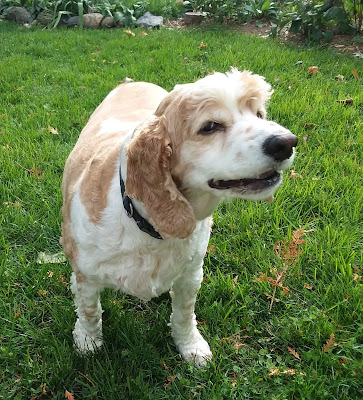 I'll start out with a picture of something not so scary. In the middle of summer, we had lots of box elder bugs. Wherever there were piles of seeds from our silver maple tree, we'd find masses of these bugs! This went on for several weeks until all the maple tree seeds were devoured. 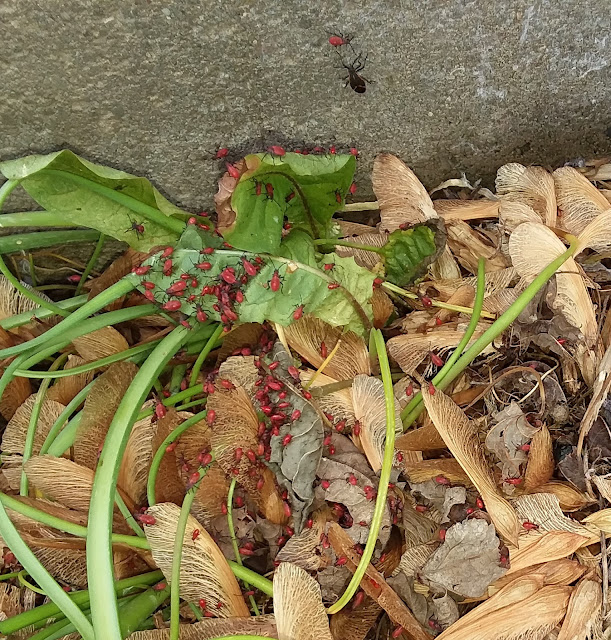 We saw this lone box elder bug the other day. I'm pretty sure the rest of his family is hibernating somewhere, perhaps underneath the aluminum siding. 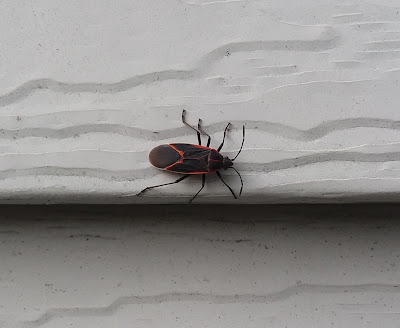 There have also been lots of stinkbugs trying to get in the house. 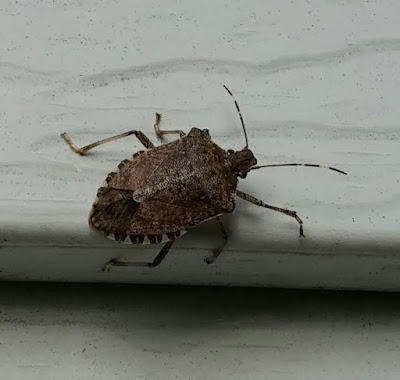 As you may know, I've had numerous epic battles with stinkbugs over the years.


Doggies and kitties be warned: they're called stinkbugs for a reason!


One rainy night after driving home from work, ghostwriter noticed a veritable pill bug convention on the railing by the front door! These creepy crawlies are actually crustaceans and have been around since before the dinosaurs. We found a scholarly treatise on these creatures. Please check out the link at the end of this post. 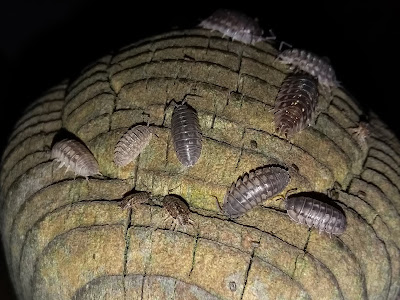 Some people think mousies are scary creepy crawlies. Not us! But still, we'd rather not have them living in our garage eating up the birdie seeds and pooping all over. I always know when there's a mousie in the garage. That's when I go rummaging around under Dad's tools and fishing poles, and knock things over and squish myself into the tightest corners sniffing and snuffling. My humans never believe me. But sooner or later the mousie shows up in the mouse trap on the shelf! You see? Here's one that got trapped last week! 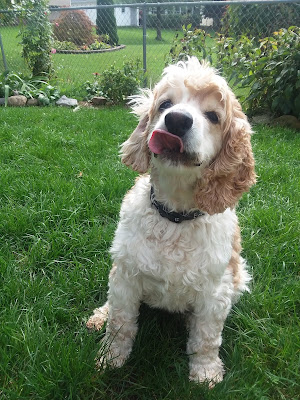 I wanted to eat that mousie, but ghostwriter wouldn't let me. She let me sniff it, though, before she tossed it into the big garbage can outside.

Moving on, here's a beautiful woolly bear caterpillar. Did you know that these guys can survive being frozen solid all winter, and then be perfectly OK when spring comes? 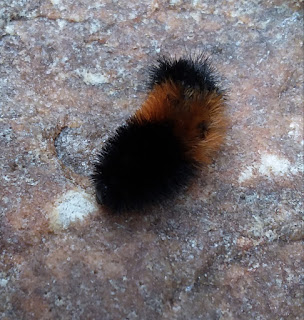 
You're not afraid of Lucas the Spider on youtube, are you? He's as cute as can be! To see his latest video click here:
scary stories by lucas 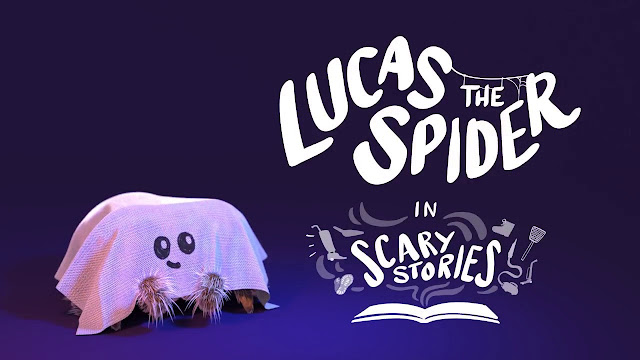 Now, without further ado, I'd like to introduce our favorite creepy crawlie lady of the night, who lived in her own funnel shaped home by the front door all summer: Mirabella. She grew very quickly, partly because ghostwriter was always throwing box elder bugs into her web. In fact Mirabella became quite fond of ghostwriter. Whenever ghostwriter was by the front door watching a sunset or something, Mirabela would come out of her funnel and say hello.

One day the wind blew a big frond from the neighbor's smoke tree into Mirabella's web. If you look very closely at this, you can see the daddy-long-legs spider hiding within it, almost perfectly camouflaged. Do you see him? You have to look very carefully. 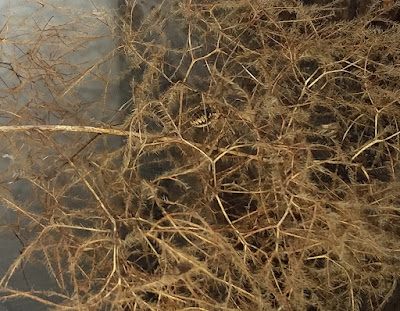 Meanwhile, by the back door, we saw this buxom lady, who told us her name was Drucilla, and that she was on the move because someone had wrecked her home web. (Gee, maybe I should be more careful when I go stomping through the plants in ghostwriter's garden.) Hopefully she was able to build a new web before it got too cold out. 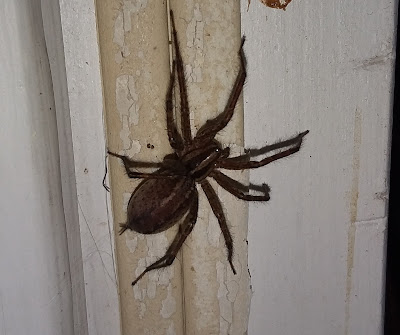 One night, we saw that Mirabella had a couple boyfriends waiting near her funnel home. We were able to photograph only one of them. This is the male funnel spider who is much thinner than the females. Little does he know, he's probably on a suicide mission. While Mirabella might accept his advances, she may decide afterward to have him for a midnight snack! 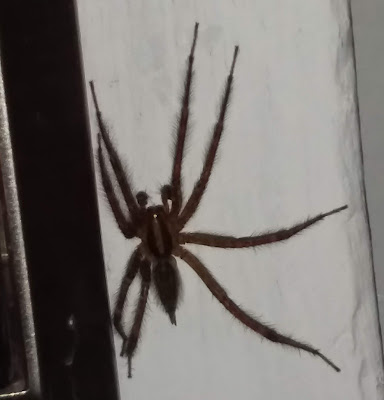 We haven't seen Mirabella in a few weeks now. Ghostwriter thinks, with the cooler weather coming, Mirabella has done the Charlotte's Web thing and has died and left behind an egg sac somewhere. Hey, nobody's ever scared of Charlotte! 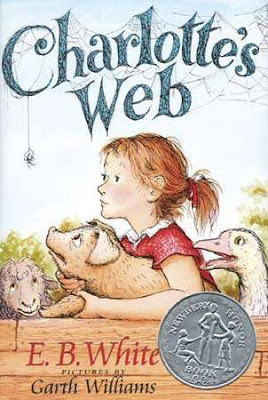 For some reason there were hardly any orb weaver garden spiders this summer. (We think maybe the birdies have been eating them, or else people are using too much pesticides on their lawns.) We finally saw a nice one on the side of the house feasting on the abundance of stinkbugs. 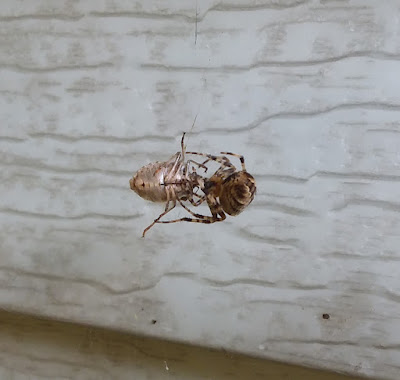 For our last spider, here's a lovely daddy-long-legs spider ghostwriter found on the side of the shed. Contrary to popular belief, these spiders are totally harmless, and beneficial to your garden. 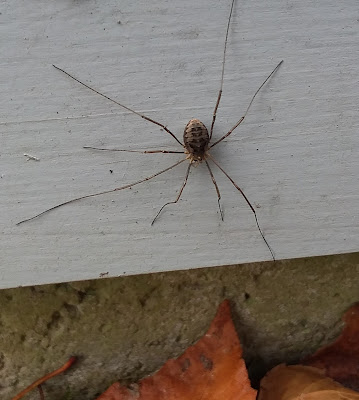 That's it for spiders. 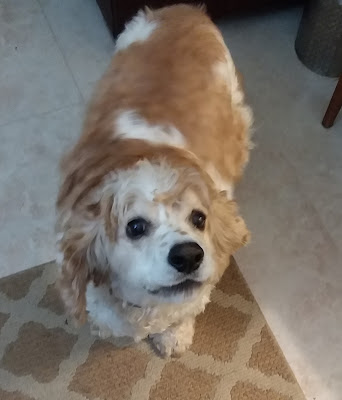 If you made it through all of this post without dying of fright, then congratulations! Now here's the link to a site with information about pill bugs. While you're there, check out the links at the bottom and sides on that site and you'll find lots and lots of more pages of information about all kinds of animals. It's a veritable treasure trove of scientific facts! Wow! Warning: you might get stuck there all day long.