Hello. This is The Daily Bone and I'm your serious doggie reporter Chester L. W. Spaniel. I have an important public service announcement for doggies and kitty cats everywhere. 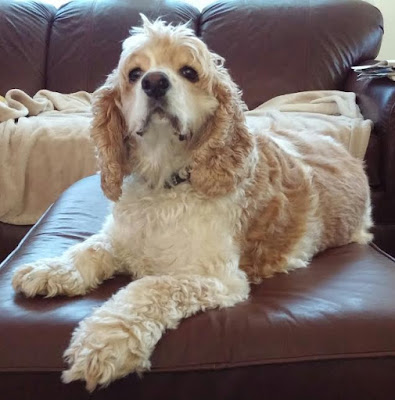 It's stink bug time. In Autumn, they start looking for a warm place to hide for the winter and often will come into your house. Yipes! 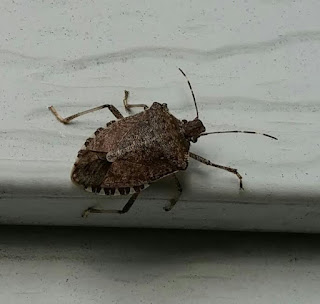 Today there was an invasion of stink bugs that were somehow coming in through the screen door. I did epic battle with the first two until I remembered they're called stink bugs for a reason! So all you doggies and kitty cats out there, as tempting as it is to chase a big bumbling buzzy bug, do NOT mess with them! They taste terrible and stink like crazy! 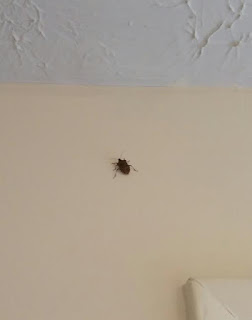 Oh look. There's another one! 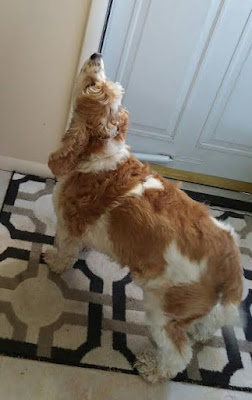 In other news, ghostwriter and Dad got out the screaming dragon roaring noisy machine scary stick grinder monster thing today. I had to wait in the house while they crammed sticks and branches into its screeching jaws. As they worked their way through the stick pile, they found this: 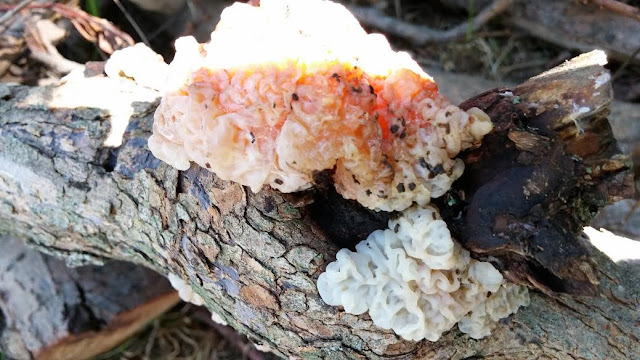 Jiggly, gelatinous blobs of what looked like zombie brains were growing from this dead pine branch! Ghostwriter says it's probably some kind of fungus. 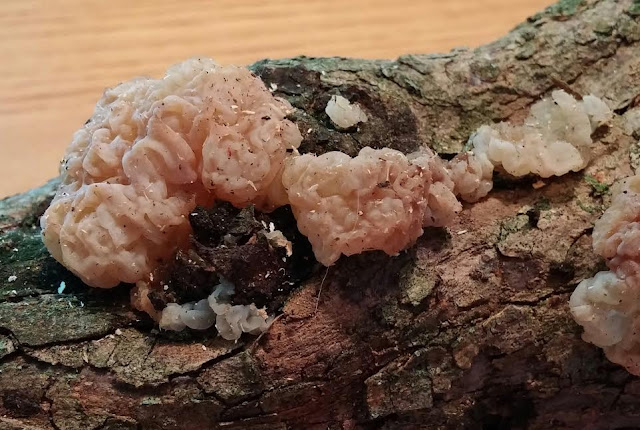 Whoops! There's another stink bug! I'll watch it and bark at it until ghostwriter or Dad catches it and puts it outside. 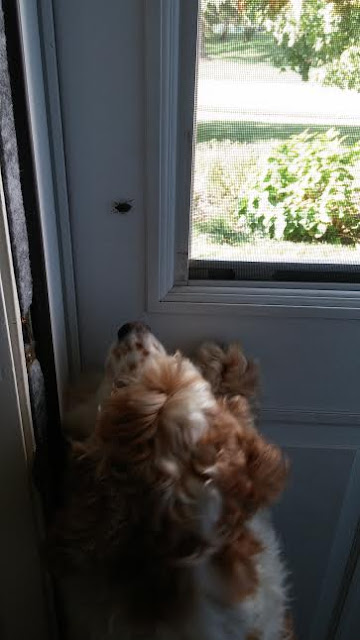 We are closely watching Hurricane Matthew tonight. Our Florida associate Miss Charlee lives in Boca Raton with her Jessy and Dan humans. 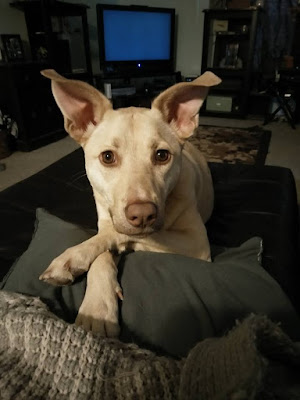 The last we heard from them, they were getting ready to evacuate their house. 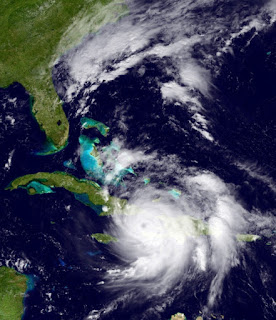 Ghostwriter says she's going to be doing a lot of worrying for the next few days. 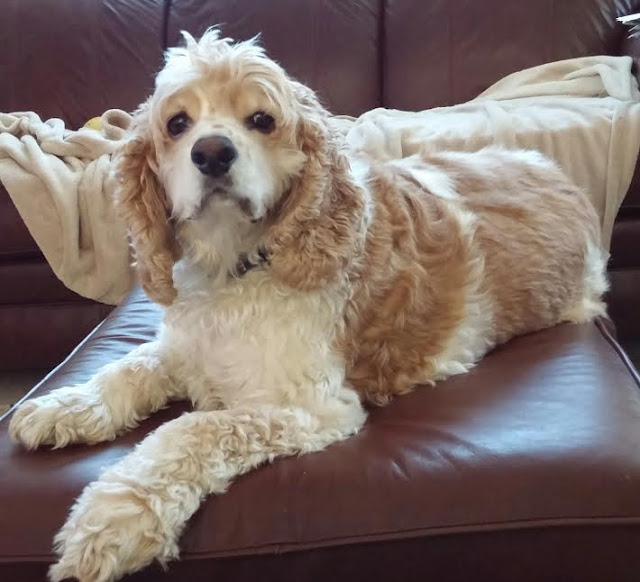 We'll be thinking about everyone who lives there and hope they all stay safe. 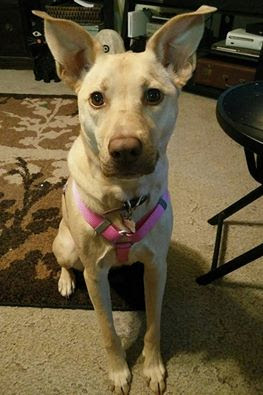 Miss Charlee here, your TDB Florida associate reporter. Our humans, Dan and Jessy have gone to a friend's house that is hurricane proof. Don't worry. I'm there too, and so are the birdies. Here's a picture of Frankie in her small birdie cage. She's still playing peek-a-boo. We hope we have our own house to go back to after the storm! 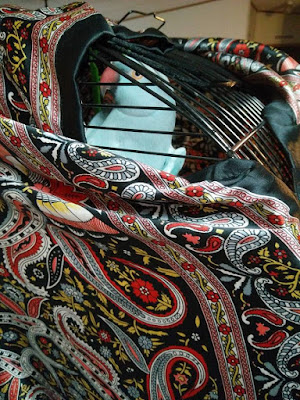 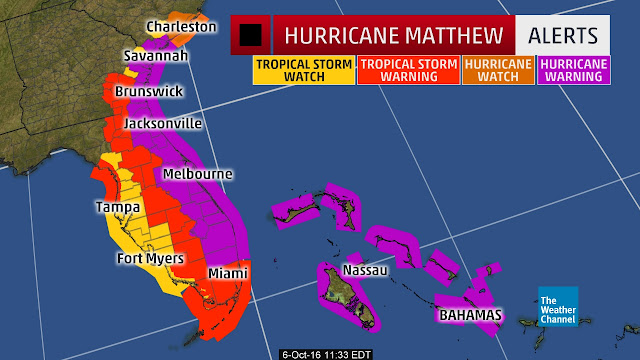 We will provide further updates when we can.