This is The Daily Bone, and I'm your serious doggie reporter Chester L. W. Spaniel. 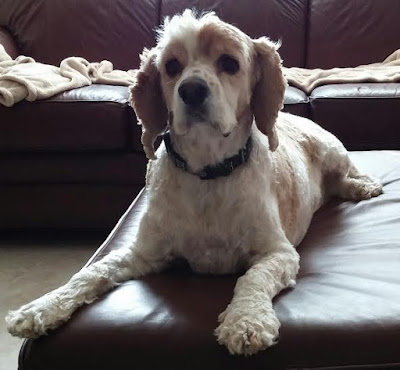 Sorry we are so behind on things! But we doggies were under the impression our ghostwriter went on an unexpected vacation. I mean she left Wednesday morning with Dad and didn't come back until today! (She smelled really strange when she came back too. Just saying.) But while she was gone, our Jason came over and took care of us, and so did our Joanna. Dad came home in the evenings, but he was really tired. 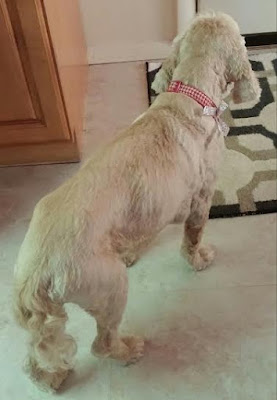 Well we found out she was actually at a place called a hospital! She says it was certainly NOT a choice vacation destination, and that she was subjected to all kinds of unimaginably unpleasant stuff, including three nights of sleep deprivation and enforced starvation. Apparently the reason she's been so tired lately was that she had something bleeding inside her stomach that she didn't even know about. As much as she wants to show everyone pictures of her bruised up arms, and three pints of blood, and the devil's cocktail she had to drink, and talk about all the stuff you other nurses out there would know about, we'll keep it short. This was all she was allowed to eat the whole time she was there until today:

This morning she finally got a good meal! Pancakes and sausage and juice and a banana and coffee, but she forgot to take a picture of it!

Her room had a nice view, though. The moon was out early in the morning. 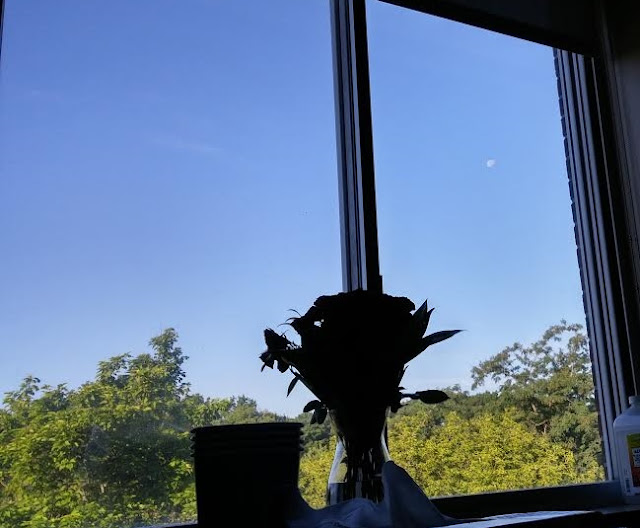 There were lots of pretty tree tops, and the clouds floated by all day, and sometimes a big jet came down, headed for the airport. Occasionally an old mud dauber hornet flew up peeked in the window. 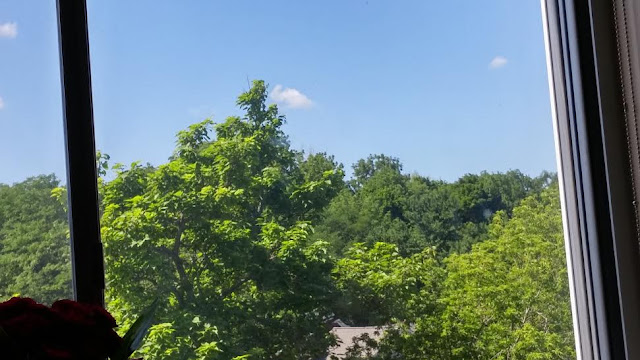 But she's home now and she's doing all right, and feels a lot better. She'll get to stay home from work for a few weeks too. Hooray! We'll be catching up on reading everyone's blogs tomorrow. Today we're going to do a lot of this: