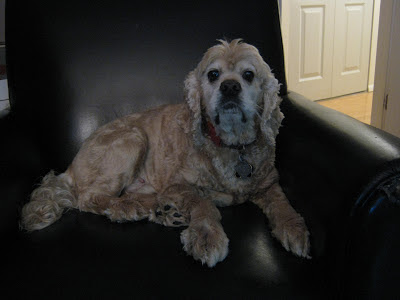 Hello again. I’m your humble, omnivorous doggie host, DCI (Doggie Chief Inspector, Comestibles Division) Joseph (Joey dog) Spaniel, founder of the Yum Yum Coalition, and still your best defense against food fraud, waste, abuse, and spoilage. This is another edition of The Daily Bone. My esteemed colleague, Special Agent in Training Chester L. W. Spaniel has decided to take another day off. (Probably because he’s too obsessed with his tangled squeaky toy conundrum to think of a good report.)

It seems that the big topic on the news these days is spying. Wow, what a commotion about this! We have recently found out that our own NSA is routinely collecting our phone calls. This is being done in hopes to foil any terrorist activity from being perpetrated on our citizens. To this I say: what EVer. Just don’t say anything terror-related and be glad that someone is concerned enough about your safety. We’ve also learned that our email communications might subject to such scrutiny, as if everyone didn’t know there is no privacy on the internet. Duh. Now other countries are getting concerned that our country might be spying on them too. Never mind that they spy on us just as much!

It used to be that spying was a fine art, glamorized, admired, and the subject of many exciting, books, television shows, and block buster movies. Spying has been used for ages to prevent lots of evil deeds from being committed. As long as the humans insist on doing bad things to each other, there will always be a need for spying.

Of course, I cannot conclude this edition without saying a thing or two about yum yums. I believe that yum yums might be an answer to all the malcontent in the world today. If everyone had enough to eat, there might not be so much anger and contempt, and everyone will get along better. Chester has mentioned that we should commence bombing of North Korea as soon as possible, and that the bombs should be filled with squeaky toys. Add to that lunch boxes with a peanut butter sandwich, an apple, some carrot sticks, and a sugar cookie, plus a picture of your favorite food watching canine.