Hello everyone. This is The Daily Bone and I'm your diligent doggie reporter Chester L. W. Spaniel. 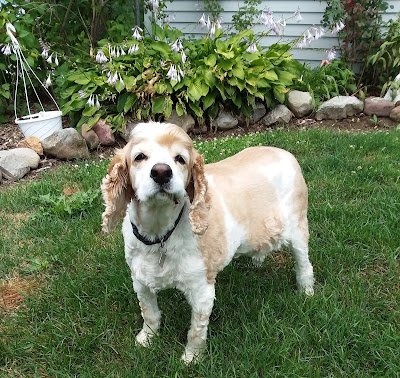 My ghostwriter finally filled the birdie feeders up again! She had left them empty until those annoying, messy, bully grackles finished raising their baby gargoyles, and flew off to where ever they go for the later months of summer. We've been seeing lots of sparrows and finches with their babies, along with the cardinal family. 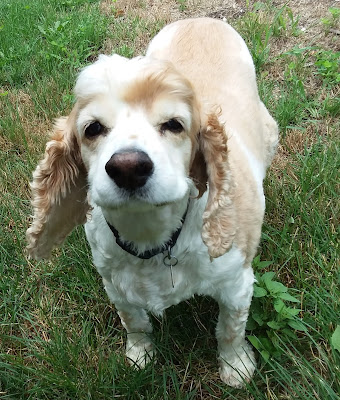 However, along with the nice little birdies, the Evil Squirrel Cartel has returned! They've been boldly sitting under the feeders scarfing up any and all of the seeds that the birdies drop. What's worse, is they've discovered Joey's pear tree and are eating the pears! Here's one now! 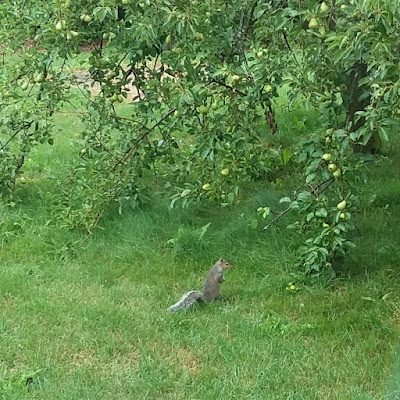 Grrrrrrrrrrrr …
I didn't catch that scoundrel, but I gave him a good chase!

I wonder if this squirrel is related to alias Twinkletoes? Long time readers might remember that squirrel. He tried many times to break into our squirrel-proof birdie feeders. Little did he know, that as long as he was on the feeder, his weight closed the ports, even if he wiggled the perches like in the picture below. But he came pretty close to figuring it out. 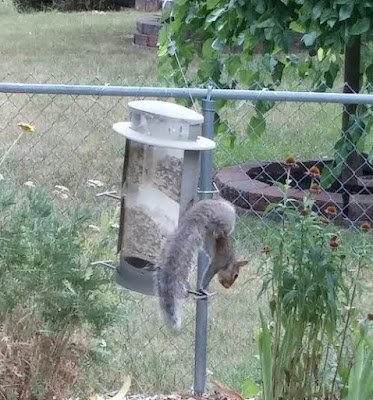 That youngster that was here today has a lot to learn! 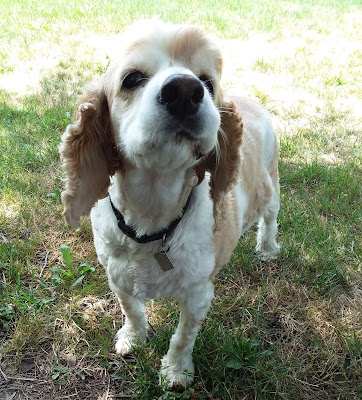 (I think alias Twinkletoes has gone to doggie heaven.)

Other then that, things have been rather boring around here. It's been hot and humid, with occasional rain. It's good for the garden, though. Here are a few flowers that are thriving in the tropical weather:


There are lots of little mushrooms all over the yard too. They must be living on the dead roots of the silver maple we had cut down last year. (Don't worry. I didn't eat any of them.) 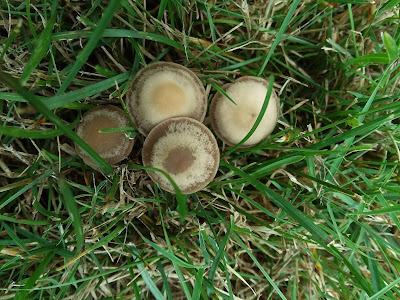 In other news, at the nursing home where my ghostwriter works, a doe has been visiting the garden. Sometimes her two youngsters come along too. 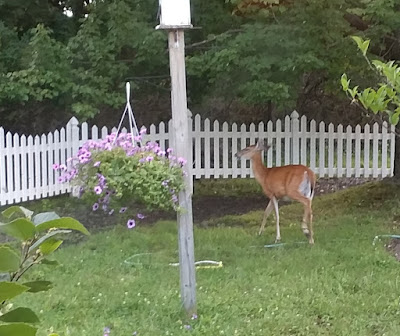 She checked out all the plants, and birdie feeders, and then decided to eat the petunias right out of the flower basket! 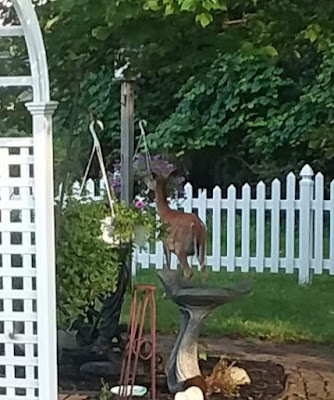 It's not like there's nothing else around for this deer to eat. Look at all the greenery on the other side of the fence! 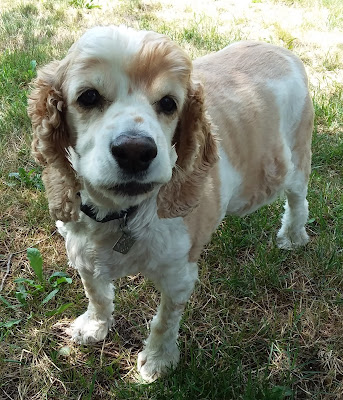 We can hardly believe it's already the middle of July! Where does the time go? But July is a month in which we always feel a bit sad. In July 2010, our beautiful Miss Ginger crossed the rainbow bridge. Then in July 2016, our good old Joey dog left us as well. Here is an old picture with our Patron Saint Old Charisma, Joey dog as a pup, and Miss Ginger. 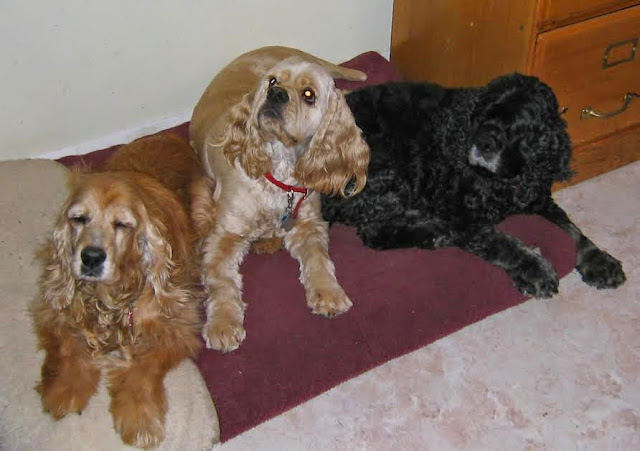 To see more pictures and stories about them, check out the link at the end of this post. 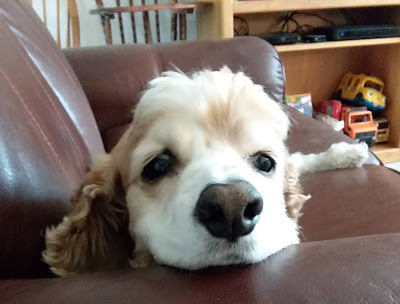