And For Our Next Act …

Hello everybody! This is The Daily Bone and I'm your astute doggie reporter Chester L. W. Spaniel. 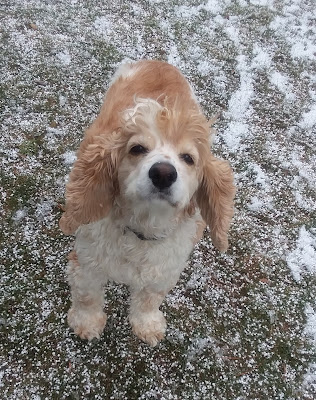 As you can see, we have another day with snow on the ground that fell overnight. Ghostwriter said it wasn't snowing when she drove home from work at 11:30pm last night, so it must have done it after she got home.

So by now you're probably thinking, so what else is new? 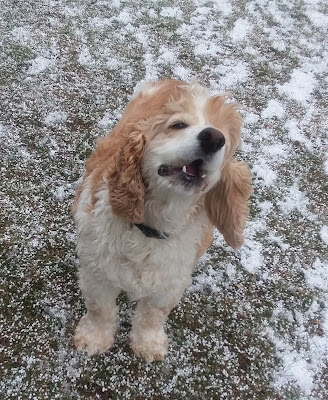 But at exactly 10:30am it started snowing really hard. Ghostwriter took one look outside and put on her coat and boots and told me to come along for a photo session. 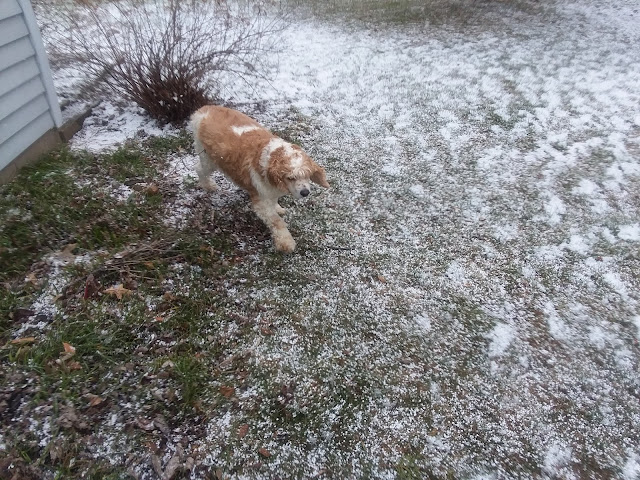 Here's what we saw: 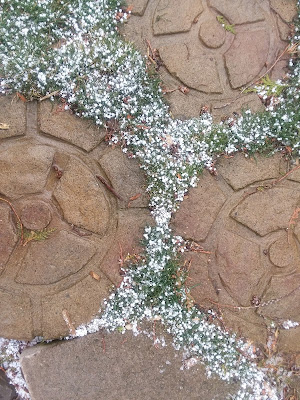 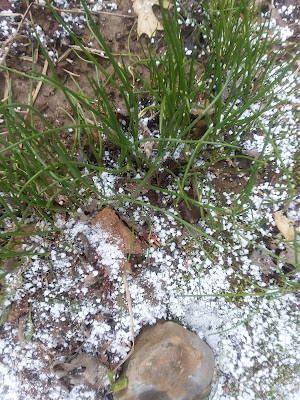 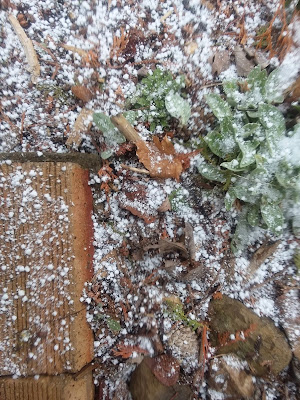 If you take a close look at this snow, you'll see that it's not really snowflakes, but little round balls. This is a special kind of snow called graupel. 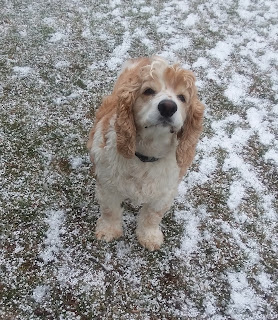 If you've never heard of graupel, here's a picture with a good explanation: 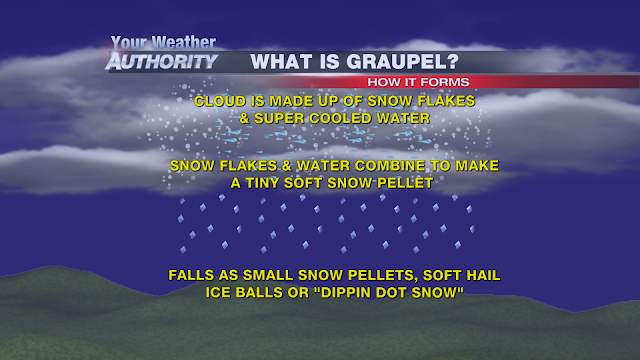 It didn't stick around very long. The sun came out and started melting it about ten minutes after it fell. And then, five minutes later, it clouded up again and started to snow regular snowflakes. 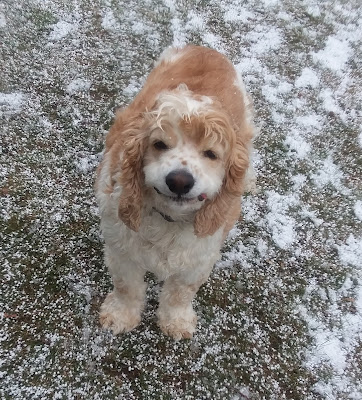 I guess this is getting a bit redundant now. So I'll move onto my next story. Ghostwriter said that at the nursing home, Saturday night most of the little old people sit down in the living room to watch the Lawrence Welk* show. It's the big event of the week there! Since it's April, all the music on the show had to do with April showers and raindrops falling and singing in the rain. 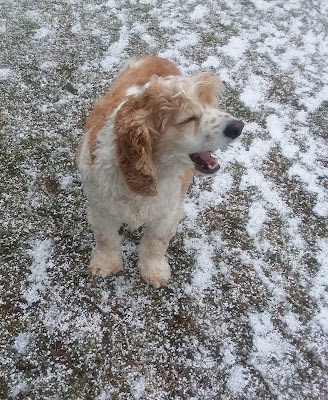 Bwahahahahaha! No April showers for us here in Western New York! For us, it's April snow! 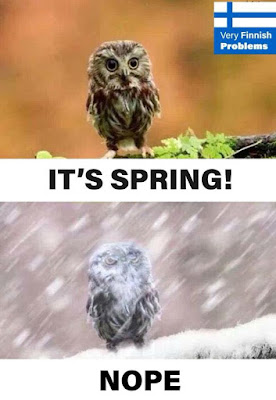 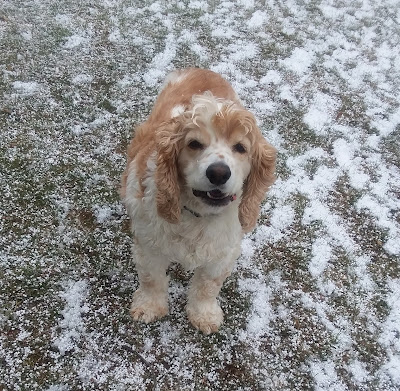 It is now 1:30pm here. The sun melted most of the snow again, except in the shady spots, and more clouds rolled in. Ghostwriter has to go to work in an  hour. Hopefully my next report won't have anything to do with our fickled crazy insane ridiculous crummy rotten weather!


*If you never heard of Lawrence Welk, just go to youtube and put in that name into the search bar. You'll come up with dozens of their hour-long shows from the 60s. It features singing and dancing and big band music and little skits with people wearing colorful clothes and big poofy hair-dos. It brings back a lot of memories to the nursing home folks who watched it every week 50 years ago.