Greetings friends and fans. This is The Daily Bone and I'm your diligent doggie reporter
Chester L. W. Spaniel standing in the last snowy area in my yard. 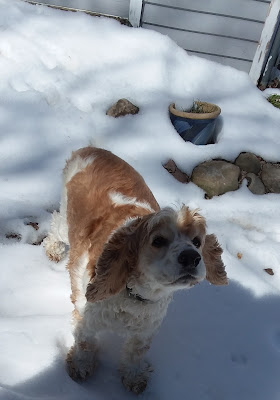 It's on the north corner of the yard next to the house and the shed where the sunshine can't reach it long enough to melt it like in the rest of the yard. 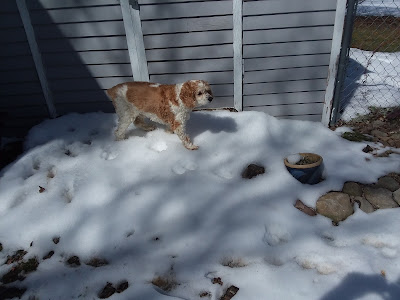 Another Friday has arrived and we still have no flowers! But we do have one thing to show you that might be just as nice. 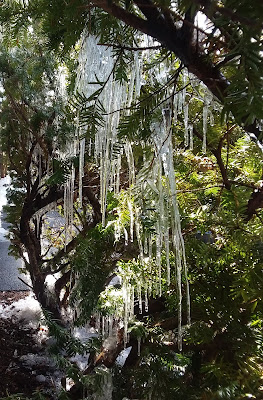 The snow drift on the roof has been melting. The dripping water made icicles on the yew bushes! 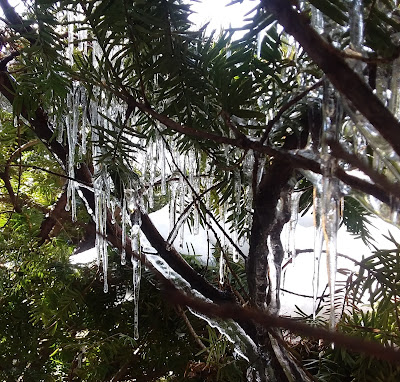 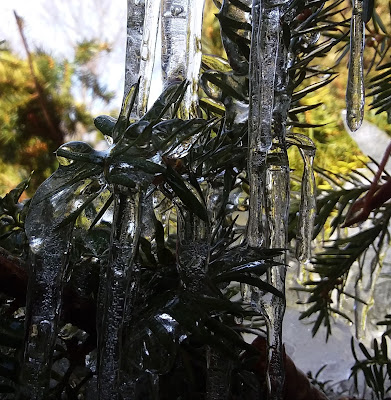 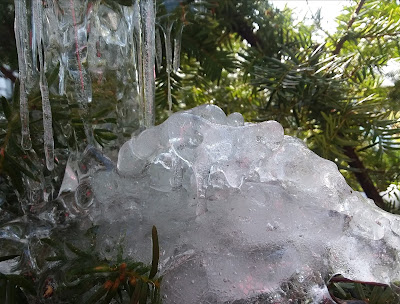 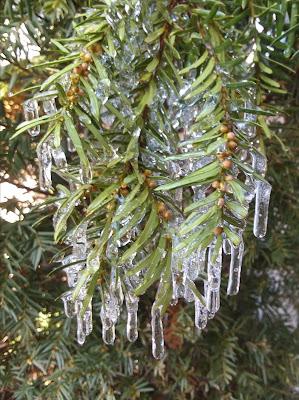 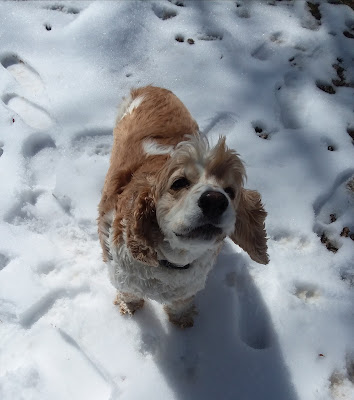 In the evening we were serenaded by a gaggle of grackles. Oh joy! After announcing their initial arrival way too soon on February 27th, a big snow storm rolled in, crashed their party, and cancelled their grandiose performance. So this is their second debut. You wouldn't believe the racket they made: an inharmonious cacophony of screeching and squawking and bragging!

If that wasn't bad enough, they proceeded to raid the birdie feeder and chased all the little birdies away.  There's a link at the end of this post if you care to read more about these pesky birdies. 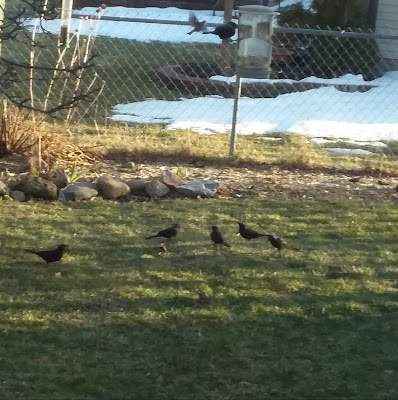 Can you see Mr. Seedcruncher CEO of Sparrows Incorporated trying to get a perch on the feeder? I'm sure he's not very happy about this situation either. I agree with him that there's not much worse than a mob of pompous, magniloquent grackles! Of course I went out to chase them away. 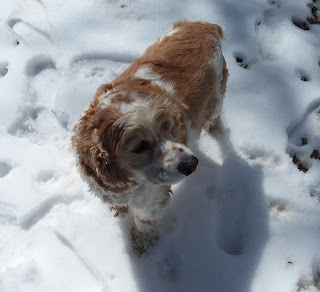 At least we got a nice sunset after that clangorous crowd left for the night! 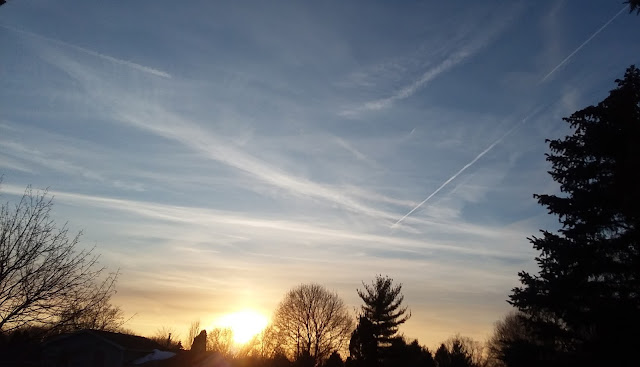 Just before the sun went down, we heard the Stodgy Robin Society tuning up for their Spring performances. Hopefully they'll sound better than those horrid grackles!