Greetings doggies and kitties and honorable humans. This is The Daily Bone and I'm your rambunctious doggie reporter Chester L. W. Spaniel. 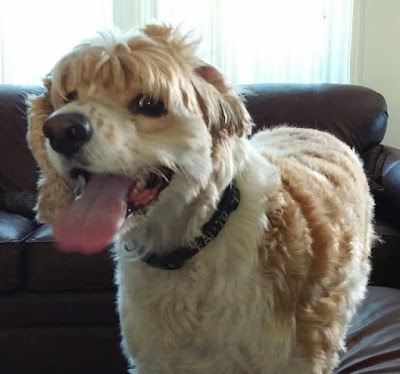 Today we had a record high temperature. It went up to 78º here! The last time it was that warm on November 4th was in 1938! It's supposed to be just as unseasonably nice tomorrow too. Ghostwriter says it's officially Indian summer! Needless to say my esteemed colleague Joseph (Joey dog) and I spent the afternoon running and playing outside. 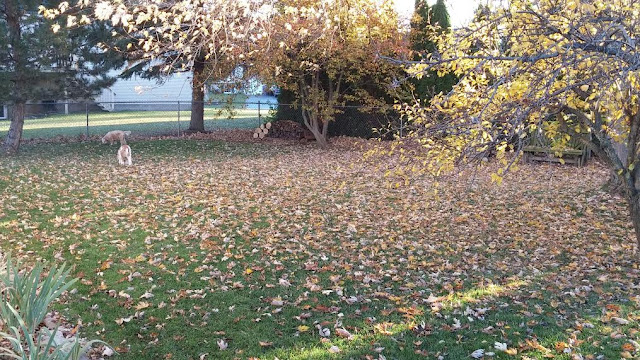 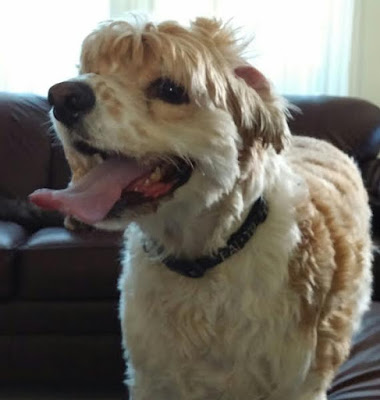 In other news you may recall a story I posted last September about the spiders that lived in the area between the shed and the house. Well, today ghostwriter took a peek at their former territory and found a surprise. They had all moved away, and in their absence a mushroom farm grew! 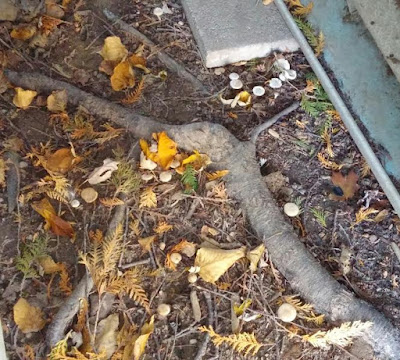 I didn't get to personally explore it, because it was fenced off. 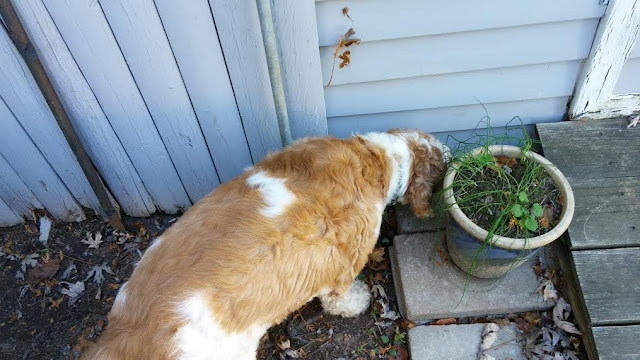 So instead, I did a in-depth examination of the wood pile. 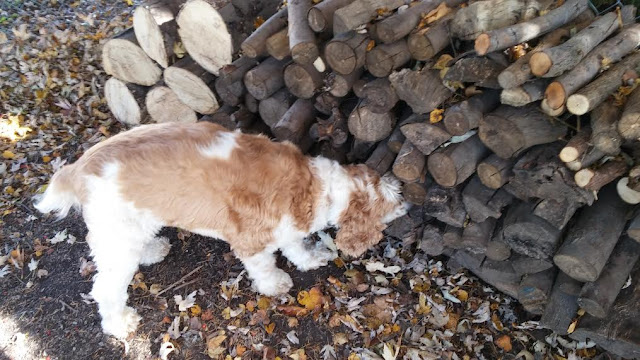 I'm certain there's a mousie living in there! And I won't give up trying to catch it until I knock over the entire pile! If I can't get that mousie out of the front of the pile, I'll squeeze into the back! 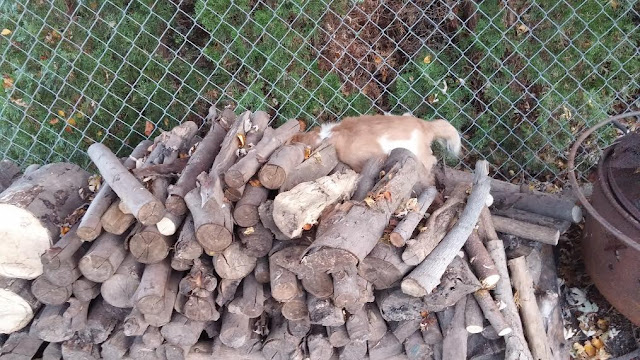 You see me squishing myself between the fence and the wood? Wow, that's a tight spot! 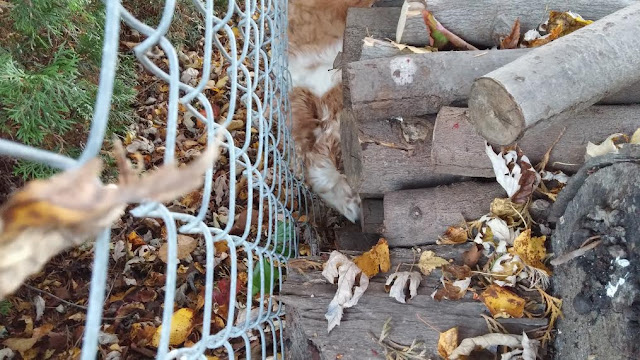 And now a word from Joey dog … 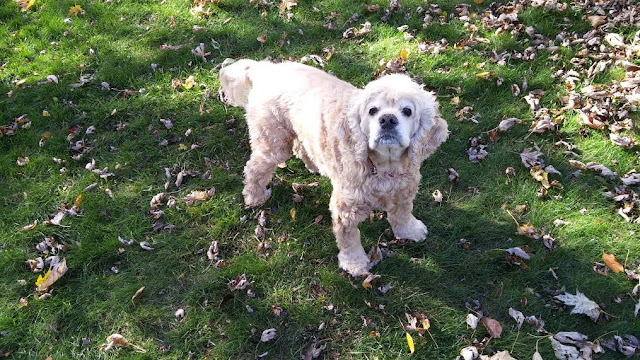 Thanks Chester. The warm weather has inspired Dad to get the grill going, and he cooked some boneless chicken.

While we're waiting for that to cook, ghostwriter showed me a picture of this canister that she discovered on the desk at the nursing home yesterday: 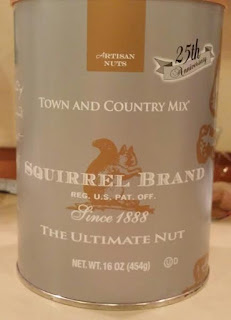 I can now tell you without a doubt, where the Evil Squirrel Cartel is getting the money for all their attempted real estate projects in our silver maple tree. 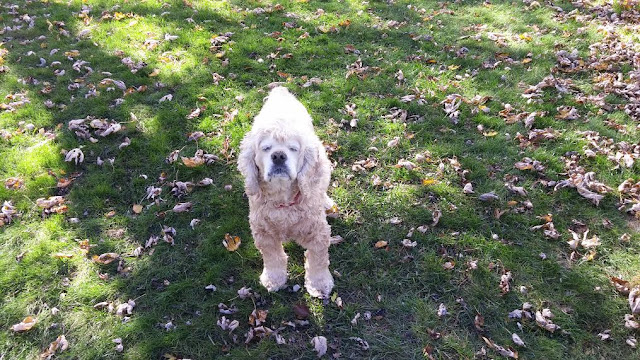 I also would like to report on some suspicious trucks parked across the street from our house. 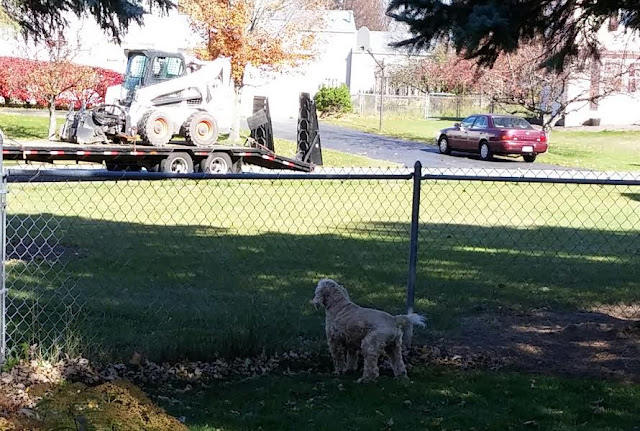 After further research (and diligent spying) I concluded that the neighbor is getting a new driveway put in. I suggest my associate Chester keep a close watch on this. He might just get to see his favorite super hero: Ironing Board Man! We'll be sure to keep you posted! 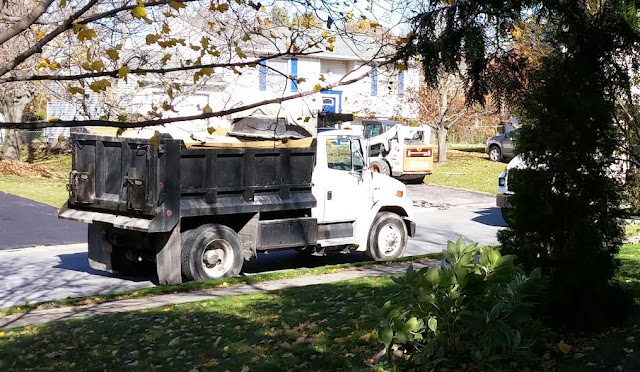 Now, if you'll excuse me, I have to run and accompany Dad as he goes inside with the grilled chicken. If he drops any, I'll be sure to pick it up. Yum! Chester, you'd better come along now! It's dinner time! 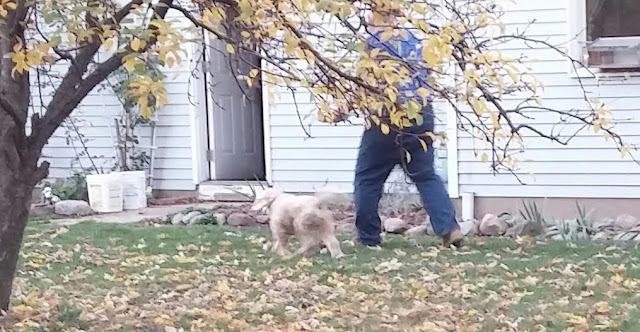 I'll catch up after I get that mousie! Save me some dinner! 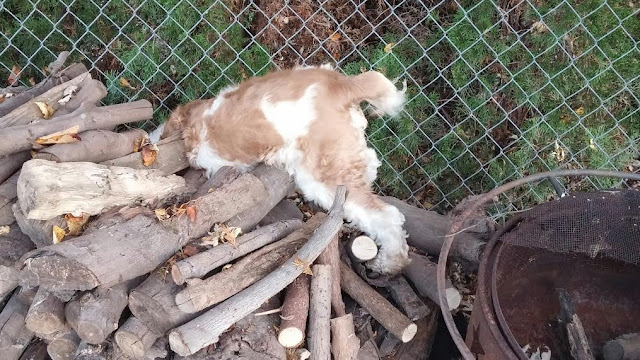 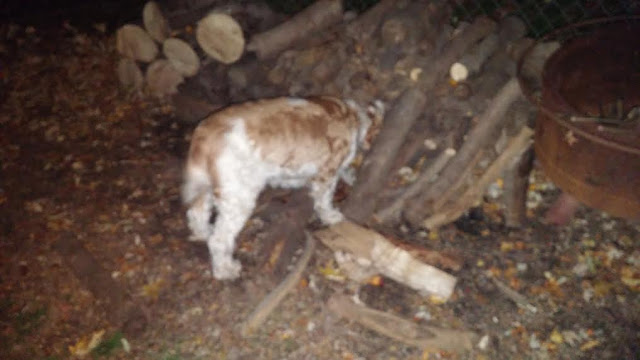 I know you're in there, mousie. Come out right now! I'll wait here all night if I have to!