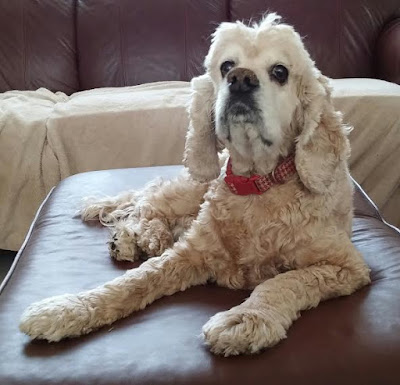 While my incorrigible colleague Chester L. W. Spaniel was busy gawking out the window at the fighting birdies, he missed out on all the other stuff going on here. It's a good thing I've been paying attention! For example, the flowers in the garden now have lots of buds on them. 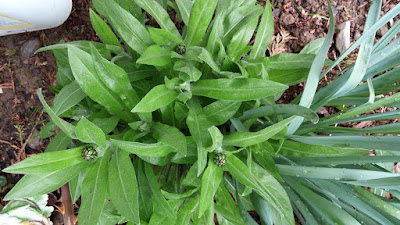 It's going to be very colorful when all these flowers open! 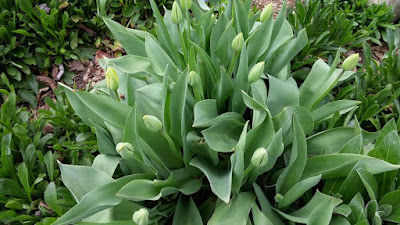 Ghostwriter loves her irises the best, and has a lot of different varieties. But dummy Chester sometimes tramples them. He's a bad boy when he does that! 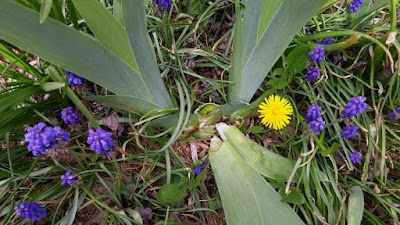 I hardly ever stomp around in ghostwriter's garden! 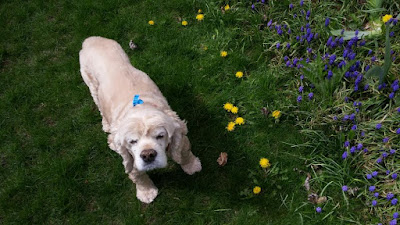 I've been carefully watching the blossoms on my pear tree. Conditions remain favorable for a good bloom and subsequent fruit formation. There are lots of bees around and the weather is warming up. 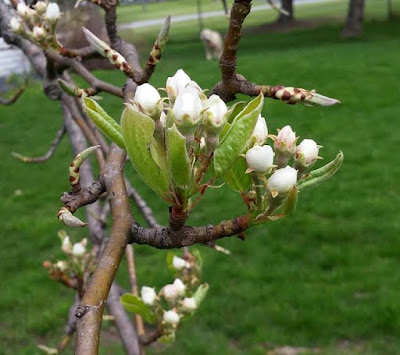 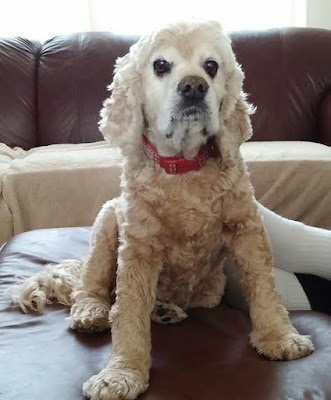 In other news, yesterday at the nursing home where ghostwriter works, a little doggie named Henry came to visit. His owner just dropped him off and told the staff to let him go wherever he wanted. Poor pup was scared at first. But the staff quickly found residents who were delighted to have Henry sit on their laps! He was a very good little doggie! 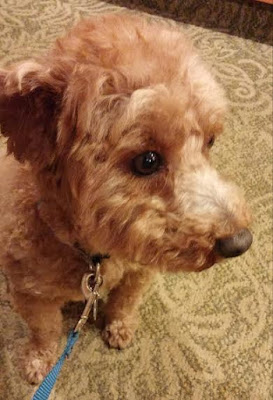 On the human news, we saw that a certain comedian was planning to make a movie that poked fun at President Reagan and the fact that he eventually got Alzheimer's Disease. Ghostwriter was pretty mad about this. Alzheimer's is a terrible disease, and it should NEVER be joked about! It's a good thing the comedy guy decided to drop it, or else he would have had to deal with ghostwriter! You don't want to make ghostwriter angry! 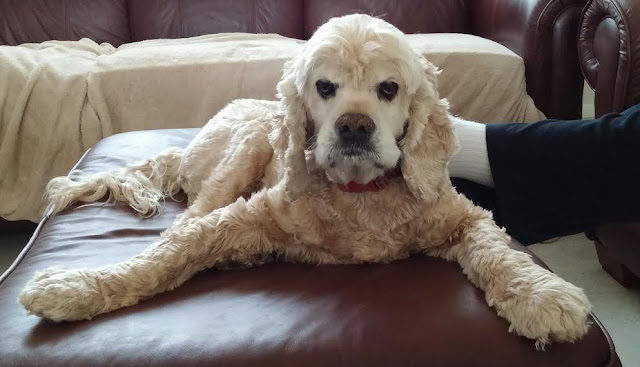 Moving on to other news, our feline friends Tibi and Maddie helped with spring cleaning at their house. Don't they look like they're working hard? Or maybe they're hardly working! 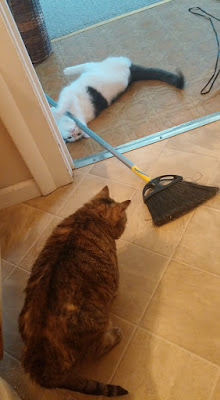 I don't think that's how you're supposed to clean the sink, Tibi! 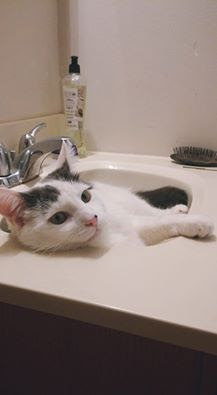 Dad and ghostwriter went out for lunch today to their favorite Thai restaurant called King and I.

Here's what they ate:


Ghostwriter discovered this place years ago, when it was just a tiny hole-in-the-wall. Now it's one of the top Thai restaurants in Rochester. 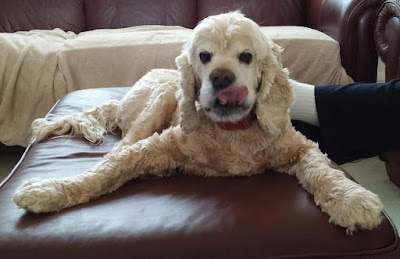 And now for a funny! 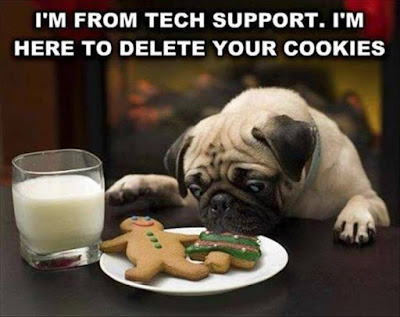 It was a wonderful day for barking! The Double Doggie Homeland Security System was on high alert for all the passers-by! I let Chester do the running around, though. 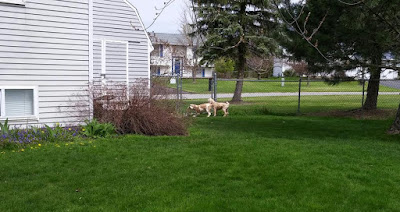 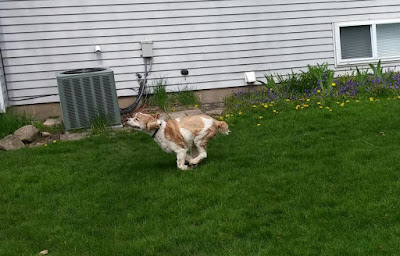 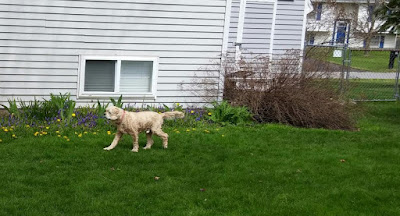 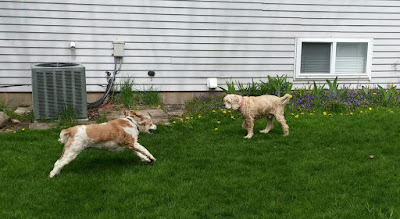 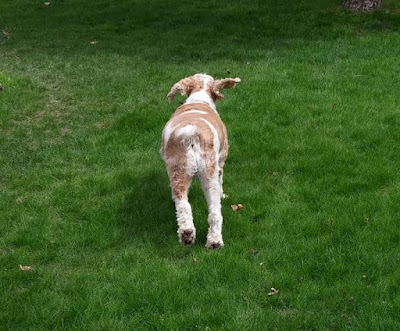 One more thing. Ghostwriter snapped this picture this morning. She didn't realize what it looked like until she turned it up side down. Wow! It looks like one of our angels, Ginger or Charisma, running with their big cocker spaniel ears flapping. Amazing! 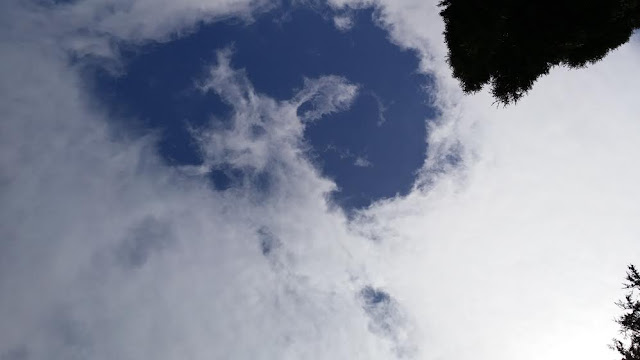 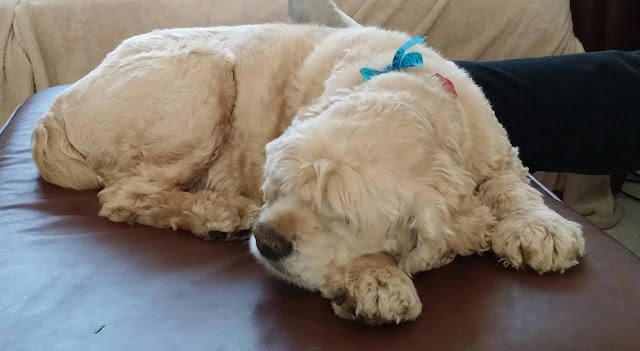 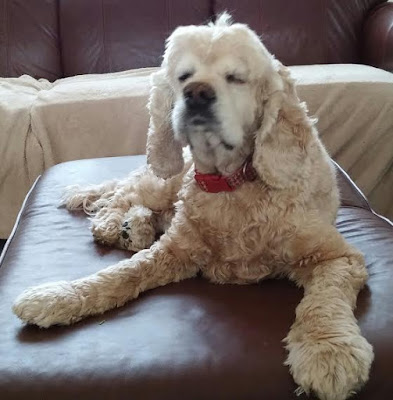 Left overs! Wow! Left over chicken with Swiss cheese on left-over bread, grilled on the GF grill with left over roasted vegies on the side! Delicious!